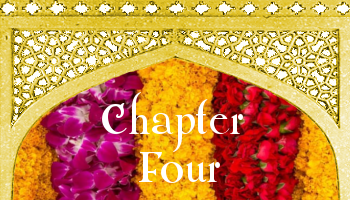 After their quiet, yet internally, lewdly-narrated meal at Bubba’s, they pick up a few day’s worth of supplies and drive to Mattie’s cabin.  It’s set a couple of miles off the main road that heads into Yellowstone.  It is actually a cabin, not a house.  One of those old original ones that was made to last forever, just one big room, giant river-stone fireplace dominating one corner, and a wall of small windows that look out on a river down the hill.

A big brass bed is next to the fireplace, and under the windows. Dean stows all the kitchen supplies away, and Sam brings in an armload of firewood from the woodshed.  He gets a fire going, while Dean takes the quilt off the bed and shakes it out over the porch railing. When Dean comes back inside with the quilt, he sees Sam laying on the bed, eyes closed, hands folded under his head, legs spread as if in invitation.

Dean takes his shoes off and crawls onto the bed between Sam’s outstretched legs. He lowers himself over Sam’s still form and breathes into the hollow of his neck for a few long moments, finally giving in and nipping at his Adam’s apple.

Sam moans and stretches, exposing his neck even more, bringing his hands out from behind his head to wrap around the nape of Dean’s neck, holding him in place. Dean gets the message that Sam wants more and spends time lavishing licks and nips and long sucking kisses along the firm column of Sam’s neck until he reaches his ear.  Sam shivers when Dean licks at it and bites at the fleshy lobe. His legs wrap around Dean and pulls his body even closer.

Sam floods Dean’s whole mind and body through their bond with a pulse of want you, need you, in me now, that leaves Dean reeling with how turned-on and desperate he feels. Usually he’d tease and draw this out, just to keep it even, but the walls are down between them, and he feels safe for once. He feels safe enough to let Sam see how much he needs this, how much he needs them. And it doesn’t have to be said, not out loud, not even through their bond. He just shows Sam, by how he touches him, desperate and needy.

Dean gets off the bed quickly, pulls his clothes off heedless of where they end up, and stalks over to his bag to find the lube. He turns back to the bed where Sam is now naked and spread completely open for him. His big hand slowly stroking his hard cock, a gorgeous flush all over his body. Lips red and swollen from all their kisses, eyes dark and sparkling with anticipation. Dean hasn’t seen anything this hot or beautiful in ages. And that’s what he sends through their bond. Sam blushes a deep scarlet at being called beautiful. But sends back that Dean needs to look in a mirror sometime to see what’s really beautiful.

Dean blushes himself, then crawls back onto the bed between Sam’s legs and shuts him up completely by sucking him down deeply. Sam’s moans increase when Dean begins fingering him open and he loses his ability to speak as Dean enters him. Lost in each other’s eyes they find their way to a new rhythm, one that sates the dark energy of the Mark and smooths the way between them where the rough patches still remain. Dean’s thrusts are sharp and hard for a while, Sam relaxing and taking them in, absorbing it all for a while. Then he flips them, riding Dean, taking his pleasure in seeing Dean’s green eyes shining up at him in amazement.

Dean reaches down between their writhing bodies and grasps Sam’s hard cock, sliding his hand in time with Sam’s gyrations. They can feel each other approaching the bright edge of orgasm through their bond, through their bodies. Their connection winds them together tighter and pushes them into the blinding bliss together. They come back to themselves and slowly separate, Dean cleaning them up with one of the discarded shirts. He pulls the quilt over them and rolls into Sam’s warmth and knows no more than this complete and utter happiness.

They end up spending a whole day in bed, relearning each other’s landscapes, playing with how the bond works when they’re physically touching, pushing each other to greater and greater heights of passion and connection.

The next two days are spent driving from one spectacular sight to another, geysers, bubbling pools of colorful sulfurous water, buffalo all over the roadsides, and even one moose in the distance. Dean makes sure to take selfies on his cellphone with Sam at each of the places Sam seems to be the most excited about. He listens closely to Sam’s explanations of what they’re seeing and is impressed once again with how damn smart Sam really is.

As they drive out of Yellowstone, Dean can feel how happy Sam is, even without using their bond. “We need to do this more often, Sammy, while we can. Go see and do things like this. Promise I’ll try, just remind me or somethin’, okay?” Dean says over the sound of the old blues tape he’s playing on the stereo. He puts his arm across the back of the seat and tangles his fingers in Sam’s hair.

Sam looks over at him with a heart-breaking, beautiful smile. “Yeah, okay, Dean. I promise to remind you,” he says, scooting over closer so  that he can kiss the side of Dean’s neck, just enough to make him shiver and laugh.

A few days later when they finally get back to the Bunker, Sam goes straight to the shower. He comes out after a nice long clean-up to find their room is empty; so is Dean’s. After searching the main room and the kitchen, he finds his brother crumpled in a heap against the hallway wall, across from the door he’d broken down during that awful chase just a few weeks ago. When he’d almost killed Sam.

Sam sits down next to him quietly and bumps their shoulders together. They sit there for a while and finally Dean leans into him, resting his head on Sam’s shoulder.

Sam sends him a wordless it’s okay, you don’t have to say anything.

But Dean just looks at him, then shakes his head. “No, I need to say this out loud, Sammy.”

Sam looks at him and nods, giving him an encouraging wave of emotion through their connection.

“I know what I did here, and thank god you were prepared, you expected it. But what I said to you…I can never apologize enough for it, for saying those horrible words.  And seeing this broken door, and the smashed-up wall here, it brought it all back. I’ve been trying to shove it down, pretend it didn’t happen. But I can’t. Not anymore. Not when we’re like this and that we’re most of the way back together. I think we are, right?”

Dean’s hand comes to cover Sam’s on his arm, squeezing it gently. “I’m sorry that I hurt you, Sammy. I’ll do anything to make it up to you.”

Sam sighs and pulls Dean into a hug, so that he’s almost in Sam’s lap. He places two fingers under Dean’s chin and tips it up so that their eyes meet. “Would you forgive yourself?”

“What?” Dean asks, eyes gone wide with incomprehension at what Sam’s asking him to do.

“It was awful, you’re right. I’ve never been so scared in my life. Every time you call me Sammy now, it reminds me, and I have to work not to flinch. But, Dean, I’ve already forgiven you for all that. And yeah, maybe that’s stupid of me, it probably is, but I saw what you went through. I’ve been there myself in a way. But none of that matters to me. What matters is that you came back to me.”

“I don’t know how, I just do. You just said you’d do anything to make it up to me. What I want is for you to forgive yourself. Don’t add this onto everything else that’s been weighing you down all these years. Please, Dean, that’s what I want.”

“Geeze, you don’t ask for much, huh?” Dean laughs, bumping into Sam’s shoulder. Then he steadies himself, taking a deep breath and looking into Sam’s eyes. “Yeah, I’ll try.”

“You work on that, and I’m going to figure out how we can get rid of this,” Sam says, reaching down to Dean’s forearm, to stroke over the Mark of Cain.

Dean sends him a flood of relief and gratefulness and determination, which Sam returns. Sam folds his brother in even closer and just holds him, filled with grateful peace, at least for now.